This drawing explores Australia's multi-racial cultural identity within the turbulent mono-cultural history and its place in contemporary society. The design is a drawing style that combines my Nunga, Māori, British and Norsk heritage seamlessly together in one motif. This hybrid design has been drawn over a 1901 map of Australia that highlights the British political boundaries that were created at the time of federation. Many of the first bills passed through the newly formed Australian Parliament sought to create a new Anglo mono-cultural Australia. Some of the bills included racial segregation, the assimilation of Aboriginal Australians and the deportation of Non-European Australians. This work seeks to decolonise the historical mono-cultural Anglo political boundaries within Australia, with the process of re-drawing creating a new multi-racial and cultural map of Australia.
​ 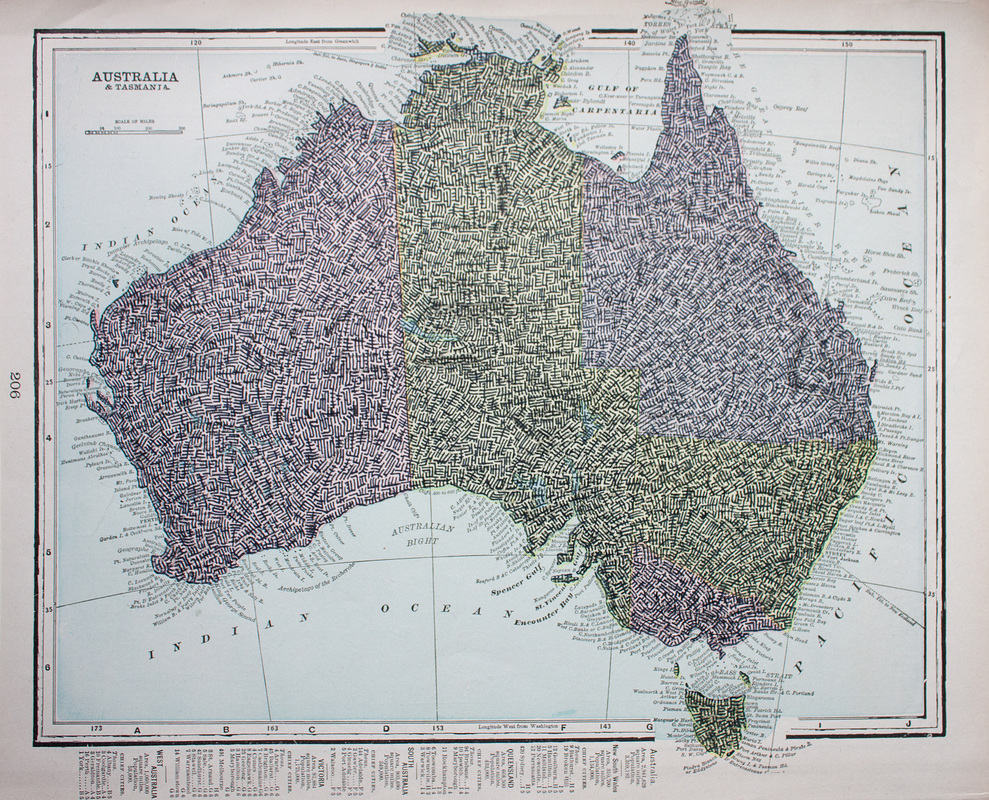