Nguya: The Australian smallpox pandemics in the late 18th and early 19th centuries

Nguya is a photographic series that explores the Smallpox epidemics in Australia in the late 18th and the early 19th century. The first Small Pox outbreak began in the British colonial town of Sydney in 1789, which was called ‘Gal-gal-la’ by the Dharug people of the Eora nation, and spread westward along Indigenous trade routes across the continent of Australia. It is estimated that 700,000 Indigenous Australian people died during the small pox pandemic from 1789 to the 1830s, which was 70% of the population of Australia. Many Aboriginal peoples across southern Australia have stories of the series smallpox epidemics. In 1840 this event was documented in Kaurna Warra language by the German missionaries at Pirtlawardli, the Aboriginal Mission in Tarntanya Adelaide.

“Nguya, pustule; the disease of smallpox, from which the aborigines suffered before the colony was founded. They universally assert that it came from the east, or the Murray tribes, so that it is not at all improbable that the disease was first brought among the natives by the European settlers of the east coast. They have not suffered from it for some years but brought by a decennium ago it was, according to their statement universal; when it diminished their numbers considerably, and on many left the marks of its ravages, to be seen at this day they had no remedy against it except the Nguyapalti, smallpox song, which they learnt from the eastern tribes by the singing of which the disease is believed to be prevented or stopped in its progress.”

Nguya comprises landscape photographs from Warrang Sydney, down the Murray Darling River and the South East coastline to Tarntanya Adelaide following the historical path of the small pox epidemic across southern Australia. These photographic prints and have small pinhole burns to represent the smallpox pustules and the sensation of the “Red hot echidna spikes burning” a person as described in the small pox song. In a time when our contemporary experience of the COVID-19 global pandemic is considered by the media as ‘unprecedented’ in the history of our country, I want to remind contemporary Australians of the smallpox epidemics that killed well over half the population of this continent only 200 years ago. 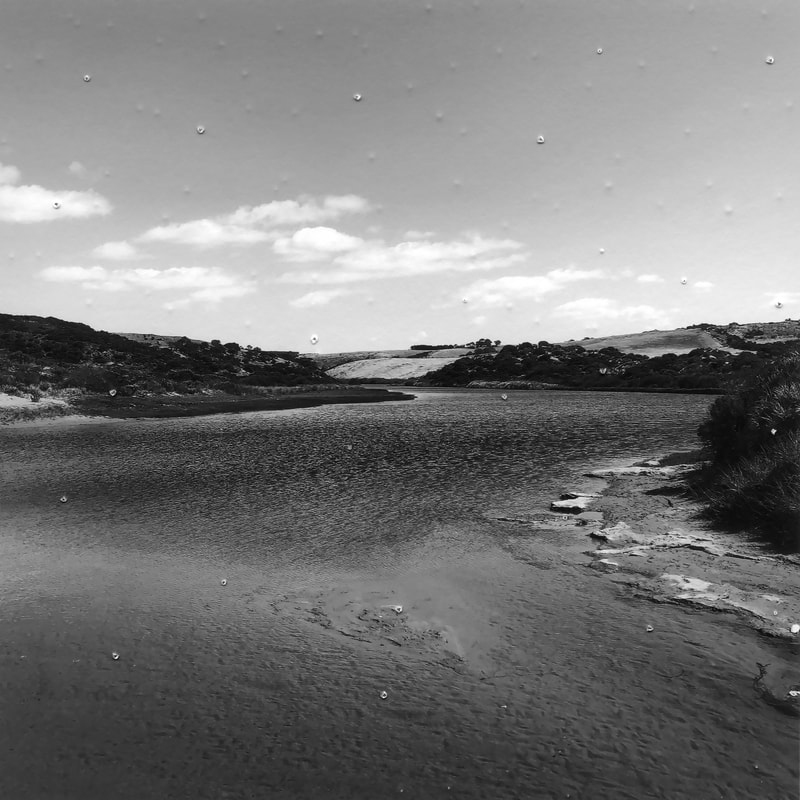 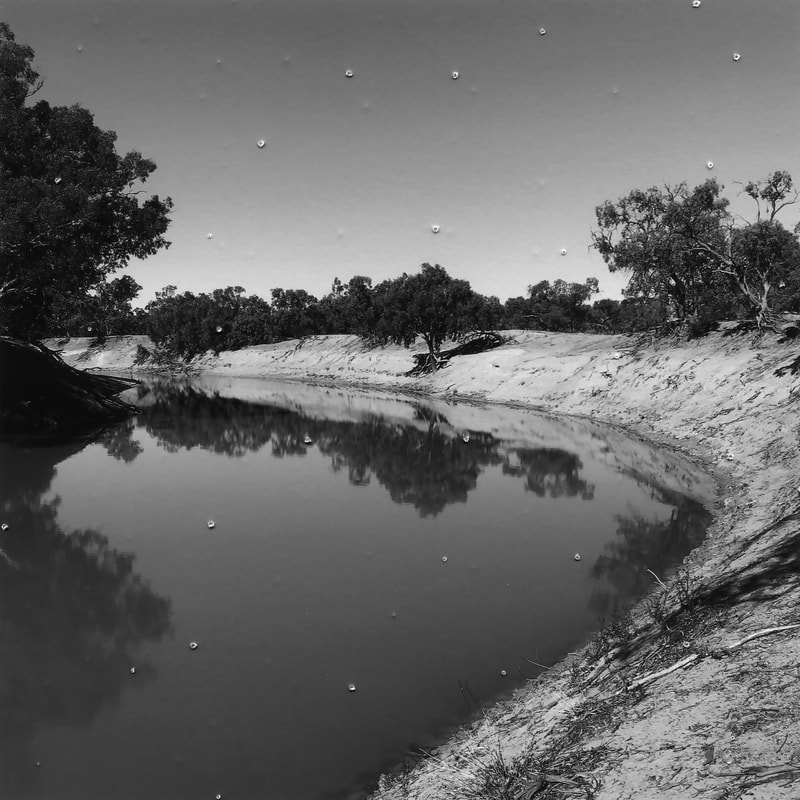 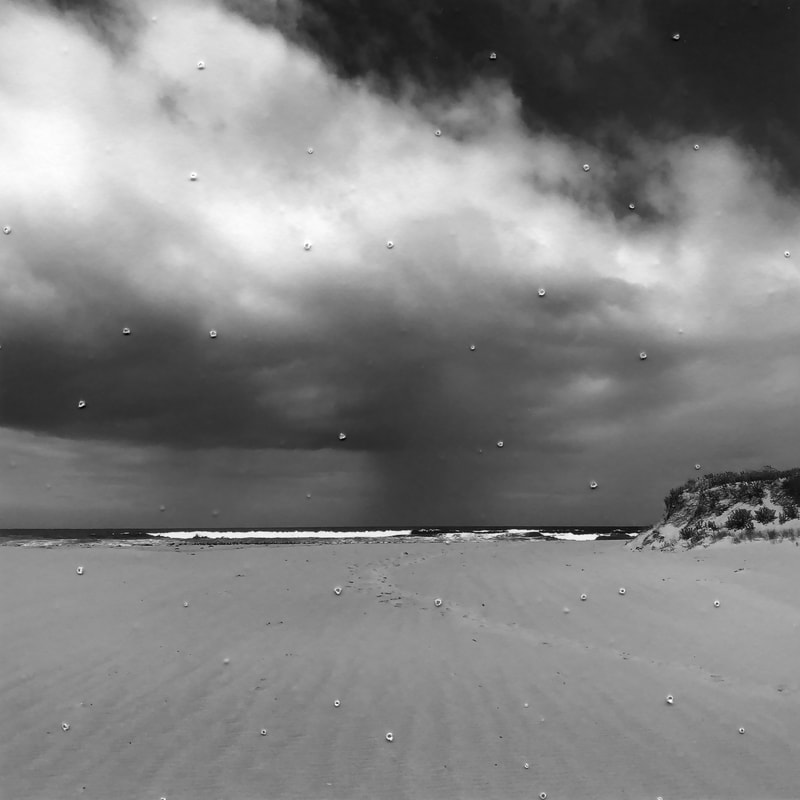 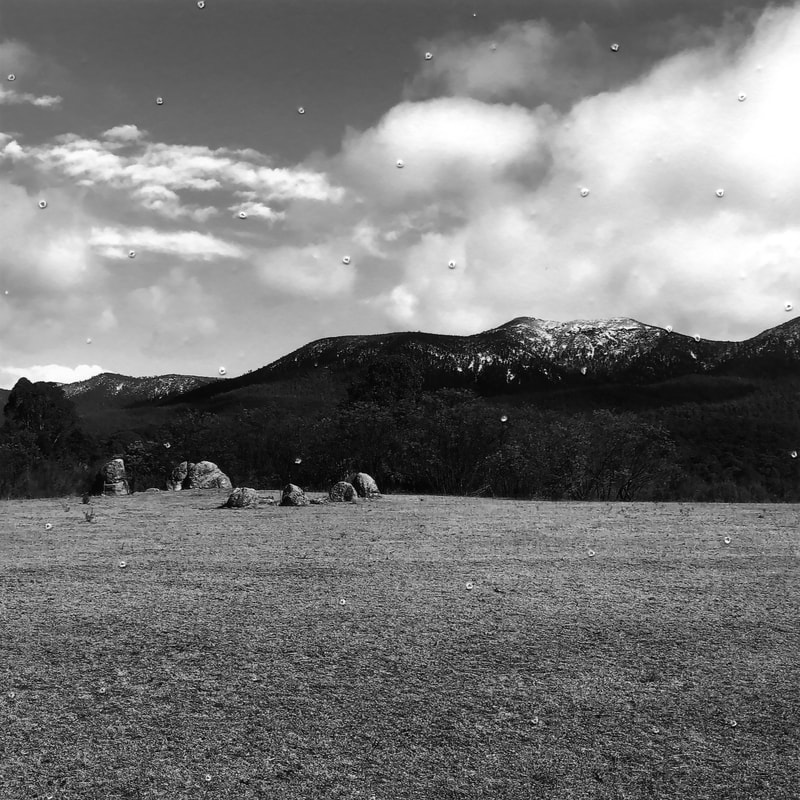 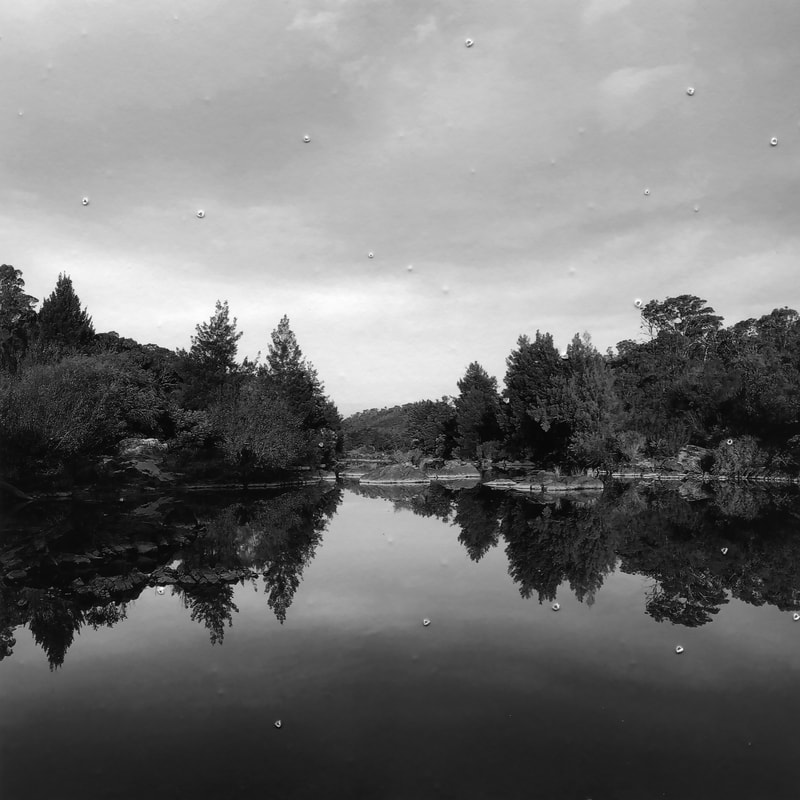 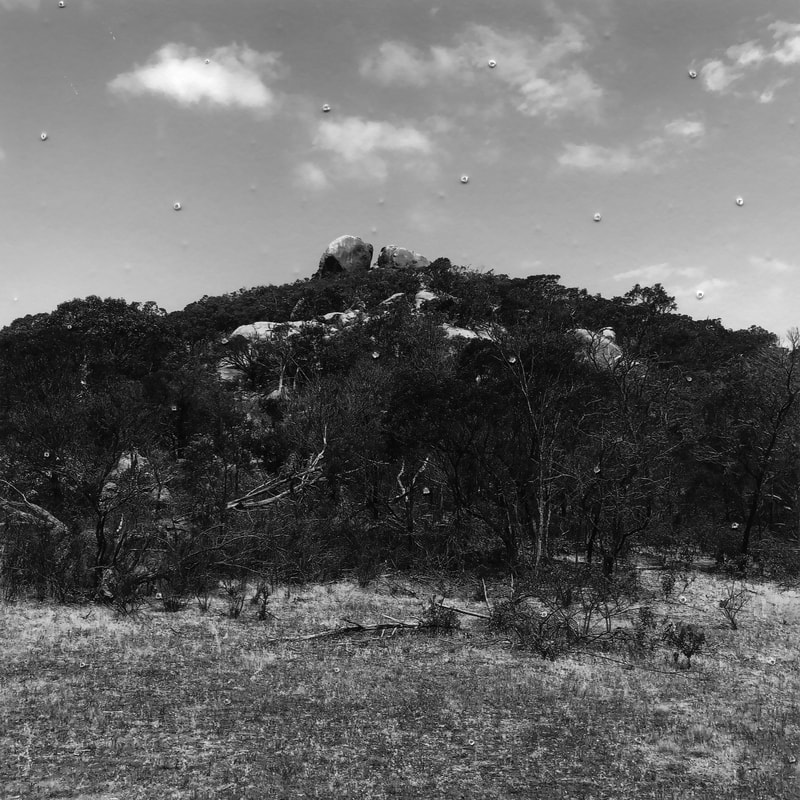 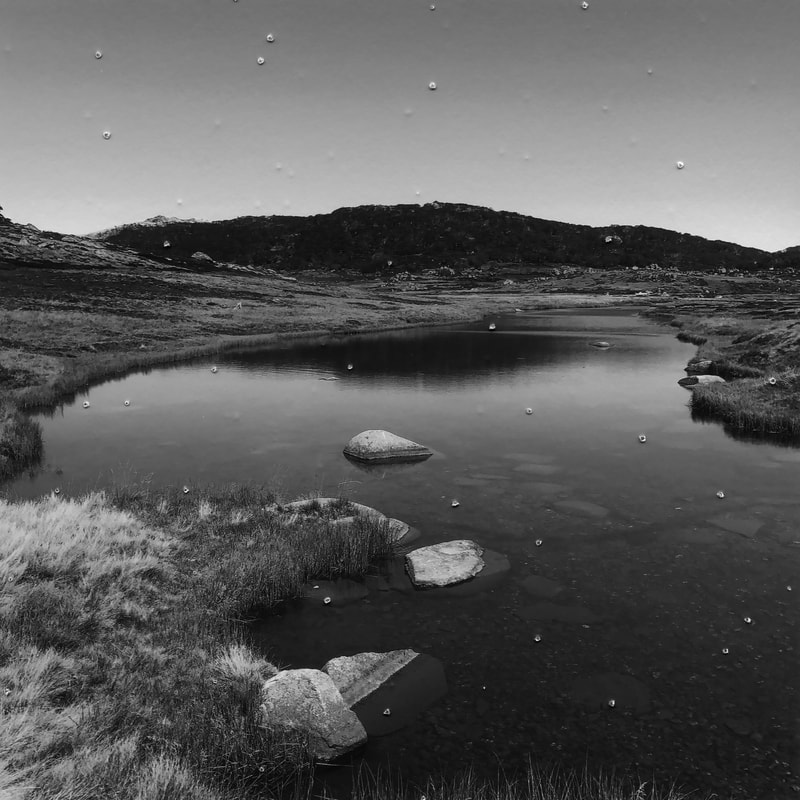 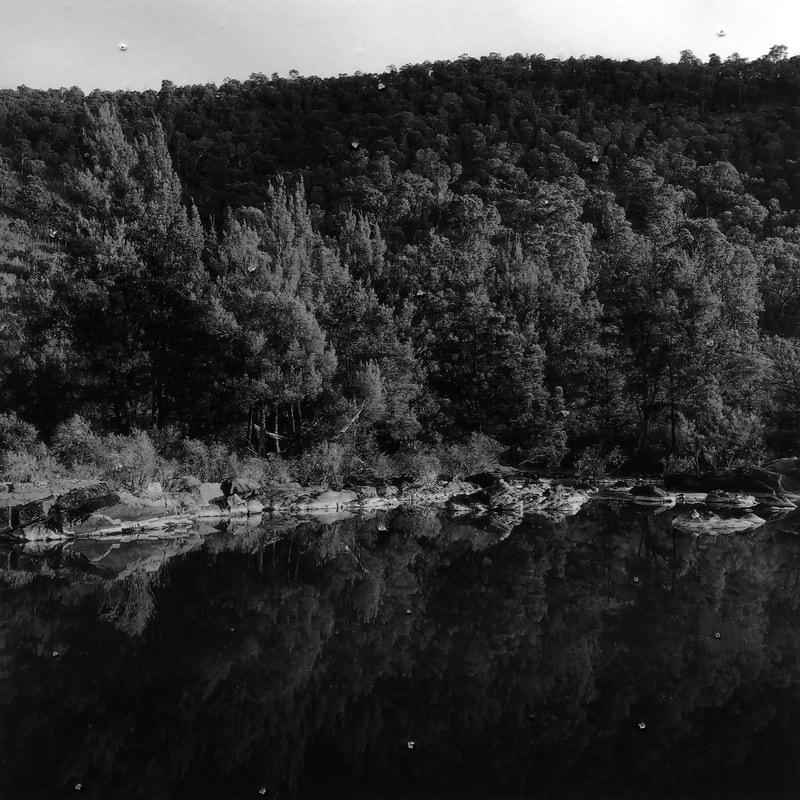 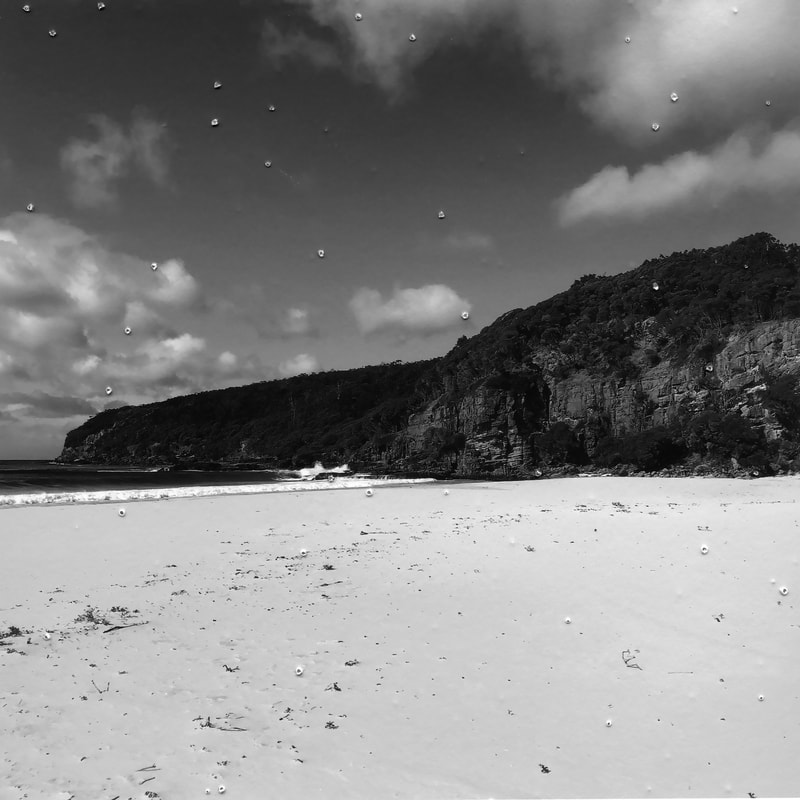 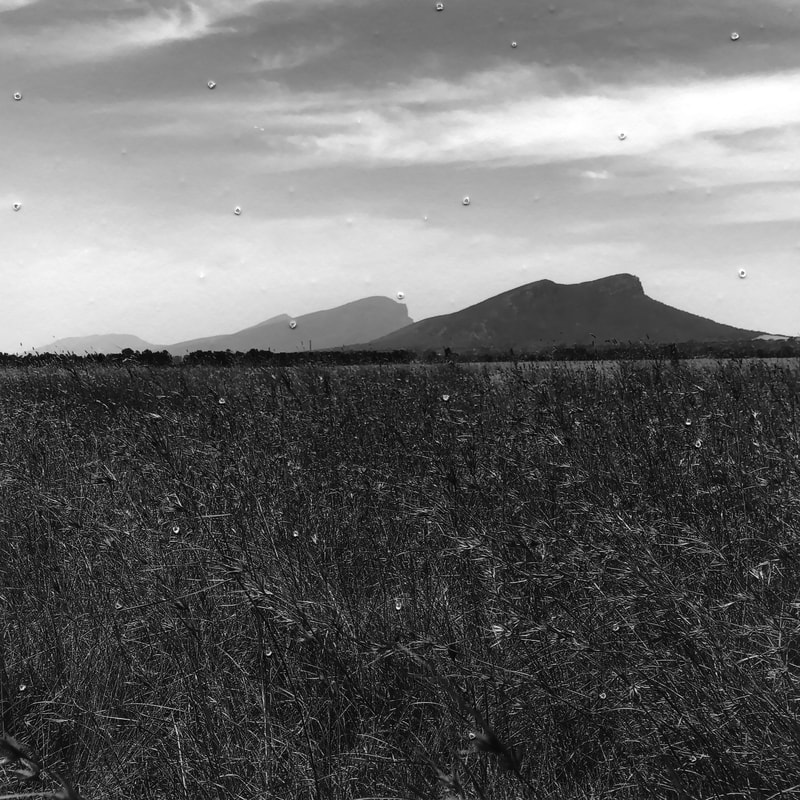 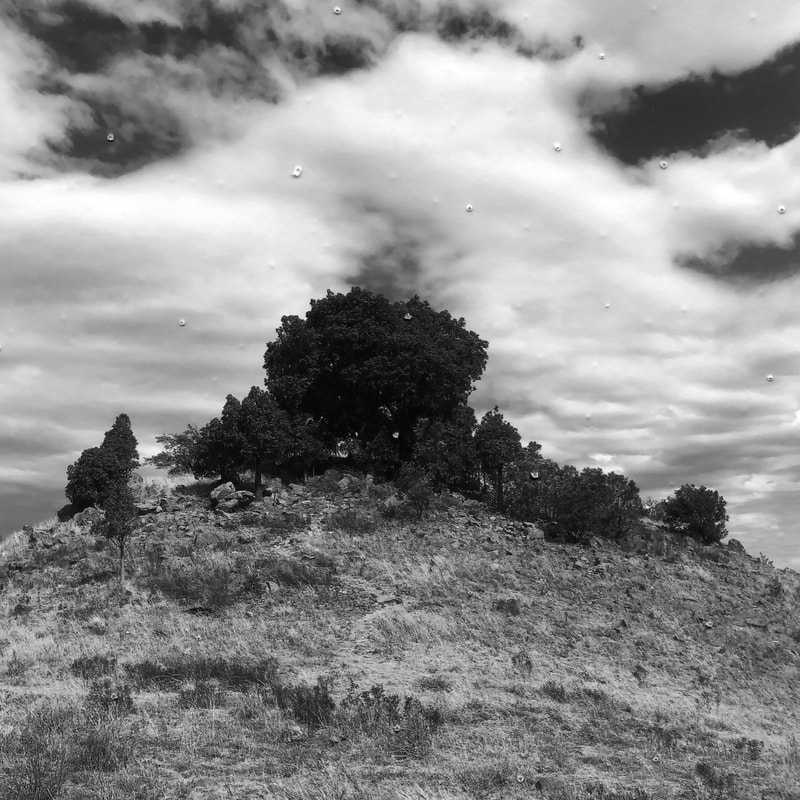