This drawing rewrites Charles Darwin’s chapter ‘On the Races of Man’ from his publication ‘The Descent of Man’. The chapter ‘On the Races of Man’ was one of the first texts on multi-racial theory, but was highly misleading and destructive for people with a multi-racial identity. Darwin’s research for this chapter heavily focused on the interactions that took place between European colonists, Aboriginal Australians and New Zealand Māori people.

As an Australian of multi-racial heritage, I am conflicted by this text because it does not properly explain the complexity of my multi-racial identity. Using my own hybrid drawing design that combines iconography equally from my Nunga, Māori, Norsk and British Australian heritage, I have attempted to rewrite my identity over Charles Darwin’s theory of racial hybridity. I feel that using my own hybrid design is a more accurate representation of my multi-racial identity. 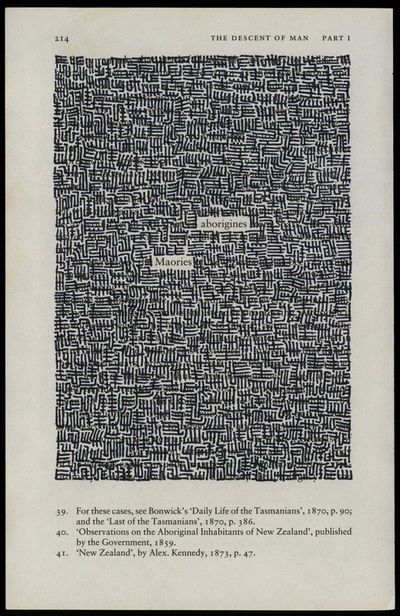 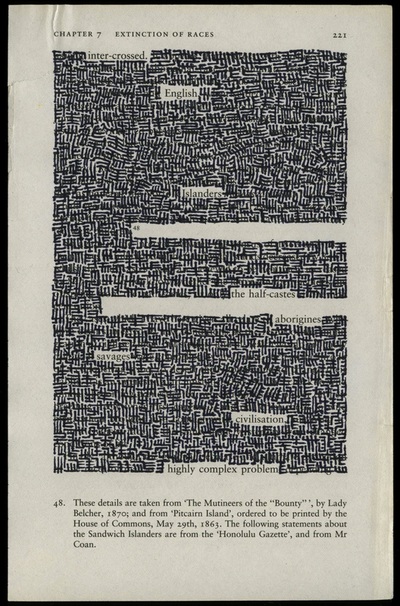 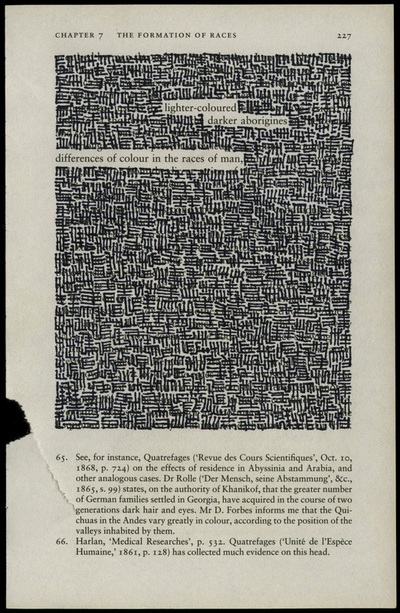 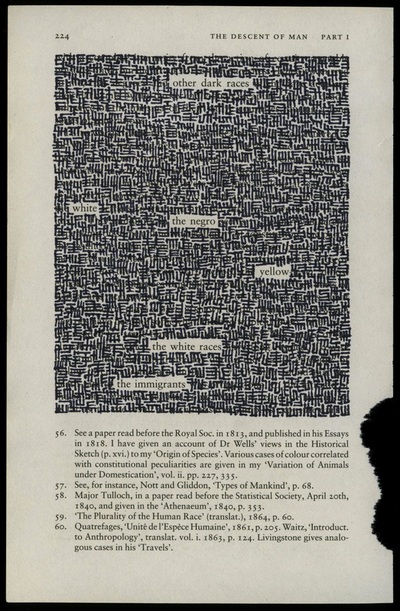 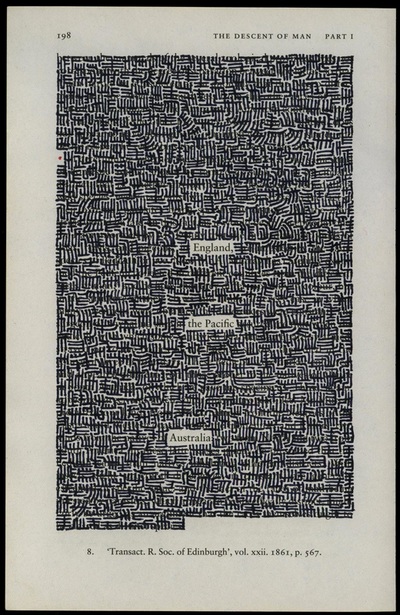 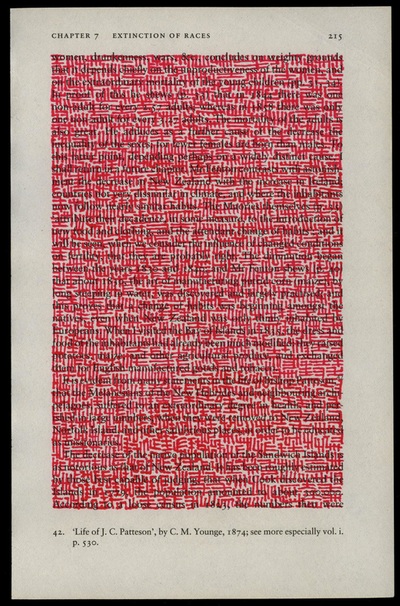 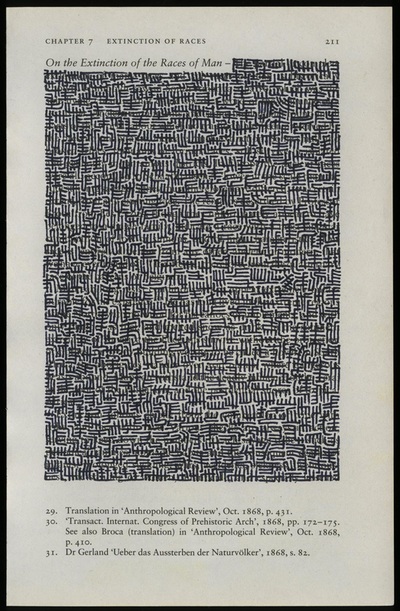 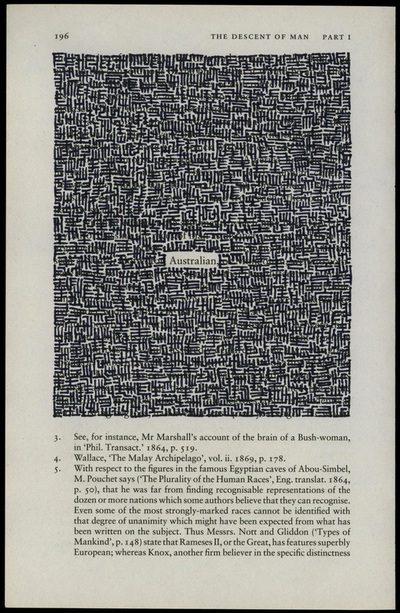 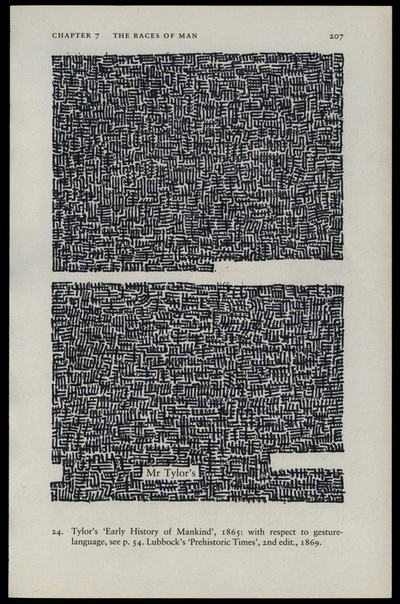 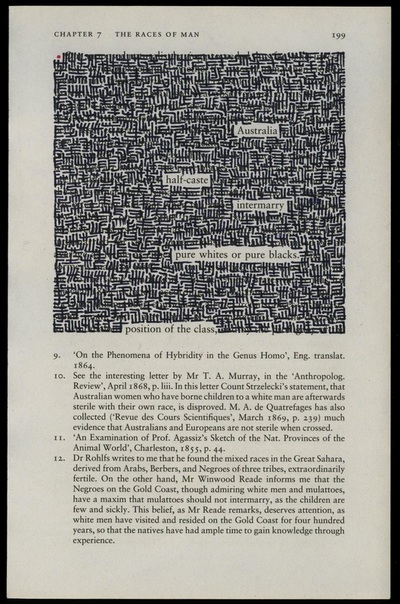 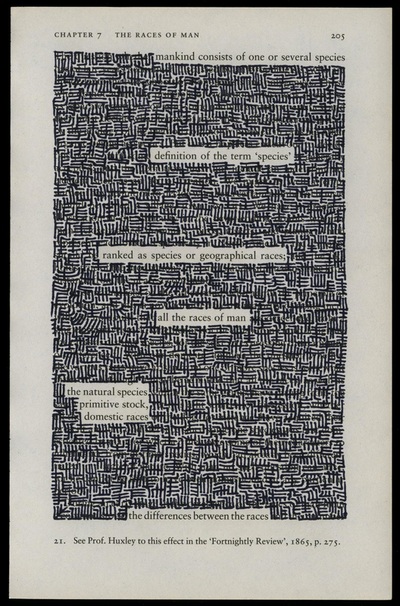 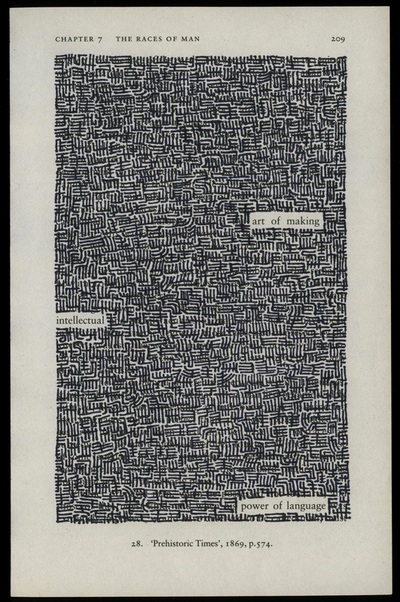 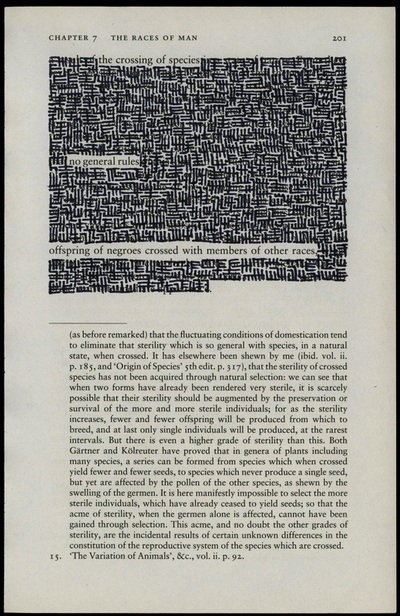